16 As a(n) _____ for us to work harder, the principal announced that any class that raises $5,000 or more for charity on school fair would receive free pizza and ice cream.
(A)courtesy
(B)activation
(C)incentive
(D)resistance

請依下文回答第 46 題至第 50 題： Urban legends are an important part of popular culture, experts say, offering insight into our fears and the state of society. They’re also good fun. “Life is so much more interesting with monsters in it,” says Mikel J. Koven, a folklorist. “It’s the same with these legends. They’re just good stories.” Like the variations in the stories themselves, folklorists all have their own definitions of what makes an urban legend. Academics have always disagreed on whether urban legends are, by definition, too fantastic to be true or at least partly based on fact, said Koven, who tends to believe the latter. Urban legends aren’t easily verifiable, by nature. Usually passed on by word of mouth or in e-mail form, they often invoke the famous clause—“it happened to friend of a friend”（or FOAF）that makes finding the original source of the story virtually impossible. Discovering the truth behind urban legends, however, isn’t as important as the lessons they impart, experts say. “The lack of verification in no way diminishes the appeal that urban legends have for us,” writes Jan Harold Brunvand in “The Vanishing Hitchhiker: American Urban Legends and Their Meanings.” “We enjoy them merely as stories, and tend to at least half-believe them as possibly accurate reports.”
A renowned folklorist, Brunvand is considered the pre-eminent scholar on urban legends. The definition of an urban legend, he writes, is “a strong basic story-appeal, a foundation in actual belief, and a meaningful message or moral.” Most urban legends tend to offer a moral lesson, Koven agreed, that is always interpreted differently depending on the individual. The lessons don’t necessarily have to be of the deep, meaning-of-life, variety, he said. Urban legends are also good indicators of what’s going on in current society, said Koven. “By looking at what’s implied in a story, we get an insight into the fears of a group in society,” he said. Urban legends “need to make cultural sense,” he said, noting that some stick around for decades while others fizzle out depending on their relevance to the modern social order. It’s a lack of information coupled with these fears that tends to give rise to new legends, Koven said. “When demand exceeds supply, people will fill in the gaps with their own information as they’ll just make it up.” The abundance of conspiracy theories and legends surrounding 9/11, the war in Iraq and Hurricane Katrina seems to point to distrust in the government among some groups, he said. But urban legends aren’t all serious life lessons and conspiracy theories, experts say, with the scariest, most plausible ones often framed as funny stories. Those stories can spread like wildfire in today’s Internet world, but they’ve been part of human culture as long as there has been culture, and Brunvand argues that legends should be around as long as there are inexplicable curiosities in life.
【題組】50 What type of writing does this passage belong to？
(A) Narrative.
(B) Analytical.
(C) Descriptive.
(D) Pedagogical.

Only when you are seriously ill ______ the value of health.
(A) you will realize
(B) will you realize
(C) realize you
(D) did you realize

請依下文回答第 46 題至第 50 題： On the Indonesian island of Sulawesi there is a myth about earthquakes. The islanders say that the world is 46 on the back of a pig. When the pig’s back becomes 47 , it rubs against a giant palm tree. The world then rolls and shakes, as it 48 in an earthquake. The pig grunts 49 happiness as it scratches its back. These grunts are the loud rumbles that can be heard 50 there is an earthquake.
【題組】48
(A) is
(B) has
(C) can
(D) does 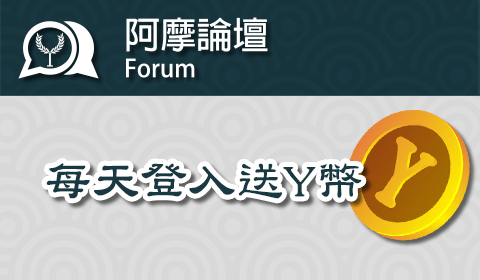