Remembering names is an important social skill. Hereare some ways to master it.
Recite and repeat in conversation.
When you hear a person’s name，repeat it.Immediately say it to yourself several times withoutmoving your lips. You could also repeat the name in a way that does not sound forced orartificial.
Ask the other person to recite and repeat.
You can let other people help you remember their names. After you’ve been introduced tosomeone，ask that person to spell the name mad pronounce it correctly for you. Most peoplewill be pleased by the effort you’re making to learn their names.
Admit you don’t know.
Admitting that you can’t remember someone’s name can actually make people relaxed. Most ofthem will feel sympathy if you say. “I’m working to remember names better. Yours is right onthe tip of my tongue. What is it again?”
Use associations.
Link each person yon meet with one thing you find interesting or unusual. For example，youcould make a mental note: “Vicki Cheng— tall, black hair.” To reinforce (加强) your associations,write them on a small card as soon as possible.
Limit the number of new names you learn at one time.
When meeting a group of people, concentrate on remembering just two or three names. Freeyourself from remembering every one. Few of the people in mass introductions expect you toremember their names. Another way is to limit yourself to learning just first names. Last namescan come later.
Go early.
Consider going early to conferences, parties and classes. Sometimes just a few people show upon time. That's fewer names for you to remember. And as more people arrive, you can hearthem being introduced to others— an automatic review for you.
【題組】56. How will most people feel when you try hard to remember their names?
(A). They will be moved.
(B). They will be annoyed.
(C). They will be delighted.
(D). They will be discouraged.

Diana Jacobs thought her family had a workable plan to pay for college for her 21-year-old twin sons: a combination of savings, income, scholarships, and a modest amount of borrowing． Then her husband lost his job, and the plan fell apart．
"I have two kids in college, and I want to say 'come home,' but at the same time I want to provide them with a good education," says Jacobs．
The Jacobs family did work out a solution: They asked and received more aid form the schools, and each son increased his borrowing to the maximum amount through the federal loan （贷款） program． They will each graduate with $20,000 of debt, but at least they will be able to finish school．
With unemployment rising, financial aid administrators expect to hear from more families like the Jacobses．More students are applying for aid, and more families expect to need student loans．College administrators are concerned that they will not have enough aid money to go around．
At the same time, tuition（学费）continues to rise． A report from the National Center for Public Policy and Higher Education found that college tuition and fees increased 439% from 1982 to 2007, while average family income rose just 147%． Student borrowing has more than doubled in the last decade,
"If we go on this way for another 25years, we won't have an affordable system of higher education," says Patrick M． Callan, president of the center．
“The middle class families have been financing it through debt．They will send kids to college whatever it takes, even if that means a huge amount of debt．"
Financial aid administrators have been having a hard time as many companies decide that student loans are not profitable enough and have stopped making them． The good news, however, is that federal loans account for about three quarters of student borrowing, and the government says that money will flow uninterrupted．
【題組】69．What can we learn about the middle class families from the text?
(A)They blamed the government for the tuition increase．
(B)Their income remained steady in the last decade．
(C)They will try their best to send kids to college．
(D)Their debts will be paid off within 25 years．

Passage Two Questions 57 to 61 are based on the following passage. The percentage of immigrants (including those unlawfully present) in the United states has been creeping upward for years. At 12.6 percent, it is now higher than at any point since the mid1920s. We are not about to go back to the days when Congress openly worried about inferior races polluting America’s bloodstream. But once again we are wondering whether we have too many of the wrong sort newcomers. Their loudest critics argue that the new wave of immigrants cannot, and indeed do not want to, fit in as previous generations did. We now know that these racist views were wrong. In time, Italians, Romanians and members of other so-called inferior races became exemplary Americans and contributed greatly, in ways too numerous to detail, to the building of this magnificent nation. There is no reason why these new immigrants should not have the same success. Although children of Mexican immigrants do better, in terms of educational and professional attainment, than their parents UCLA sociologist Edward Telles has found that the gains don’t continue. Indeed, the fouth generation is marginally worse off than the third James Jackson, of the University of Michigan, has found a similar trend among black Caribbean immigrants, Tells fears that Mexican-Americans may be fated to follow in the footsteps of American blacks-that large parts of the community may become mired（陷入）in a seemingly permanent state of poverty and Underachievement. Like African-Americans, Mexican-Americans are increasingly relegated to (降入)segregated, substandard schools, and their dropout rate is the highest for any ethnic group in the country. We have learned much about the foolish idea of excluding people on the presumption of the ethnic/racial inferiority. But what we have not yet learned is how to make the process of Americanization work for all. I am not talking about requiring people to learn English or to adopt American ways; those things happen pretty much on their own, but as arguments about immigration hear up the campaign trail, we also ought to ask some broader question about assimilation, about how to ensure that people , once outsiders , don’t forever remain marginalized within these shores. That is a much larger question than what should happen with undocumented workers, or how best to secure the border, and it is one that affects not only newcomers but groups that have been here for generations. It will have more impact on our future than where we decide to set the admissions bar for the latest ware of would-be Americans. And it would be nice if we finally got the answer right.
【題組】58. What does the author think of the new immigrants?
(A) They will be a dynamic work force in the U.S.
(B) They can do just as well as their predecessors.
(C) They will be very disappointed on the new land.
(D) They may find it hard to fit into the mainstream.

It was the worst tragedy in maritime (航海的) history, six times more deadly than the Titanic. When the German cruise ship Wilhelm Gustloff was hit by torpedoes (鱼雷) fired from a Russian submarine in the final winter of World War II, more than 10,000 people - mostly women, children and old people fleeing the final Red Army push into Nazi Germany - were packed aboard. An ice storm had turned the decks into frozen sheets that sent hundreds of families sliding into the sea as the ship tilted and began to go down. Others desperately tried to put lifeboats down. Some who succeeded fought off those in the water who had the strength to try to claw their way aboard. Most people froze immediately. Tll never forget the screams," says Christa Ntitzmann, 87, one of the 1,200 survivors. She recalls watching the ship, brightly lit, slipping into its dark grave - and into seeming nothingness, rarely mentioned for more than half a century. Now Germany's Nobel Prize-winning author Gtinter Grass has revived the memory of the 9,000 dead, including more than 4,000 children - with his latest novel Crab Walk, published last month. The book, which will be out in English next year, doesn't dwell on the sinking; its heroine is a pregnant young woman who survives the catastrophe only to say later: "Nobody wanted to hear about it, not here in the West (of Germany) and not at all in the East." The reason was obvious. As Grass put it in a recent interview with the weekly Die Woche: "Because the crimes we Germans are responsible for were and are so dominant, we didn't have the energy left to tell of our own sufferings.'' The long silence about the sinking of the Wilhelm Gustloff was probably unavoidable - and necessary. By unreservedly owning up to their country's monstrous crimes in the Second World War, Germans have managed to win acceptance abroad, marginalize (使...不得势) the neo- Nazis at home and make peace with their neighbors. Today's unified Germany is more prosperous and stable than at any time in its long, troubled history. For that, a half century of willful forgetting about painful memories like the German Titanic was perhaps a reasonable price to pay. But even the most politically correct Germans believe that they' ye now earned the right to discuss the full historical record. Not to equate German suffering with that of its victims, but simply to acknowledge a terrible tragedy.
【題組】25. It can be learned from the passage that Germans no longer think that
(A) they will be misunderstood if they talk about the Wilhelm Gustloff tragedy
(B) the Wilhelm Gustloff tragedy is a reasonable price to pay for the nation's past misdeeds
(C) Germany is responsible for the horrible crimes it committed in World War II
(D) it is wrong to equate their sufferings with those of other countries 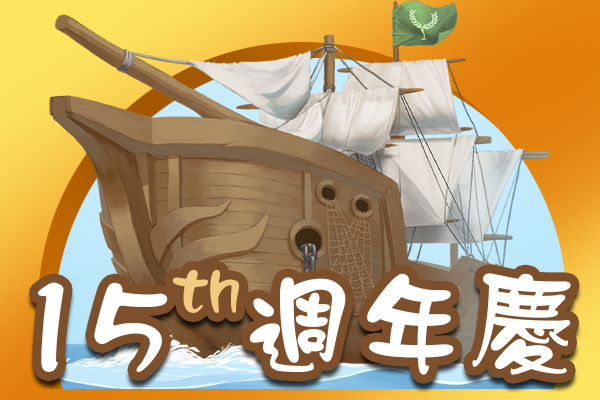